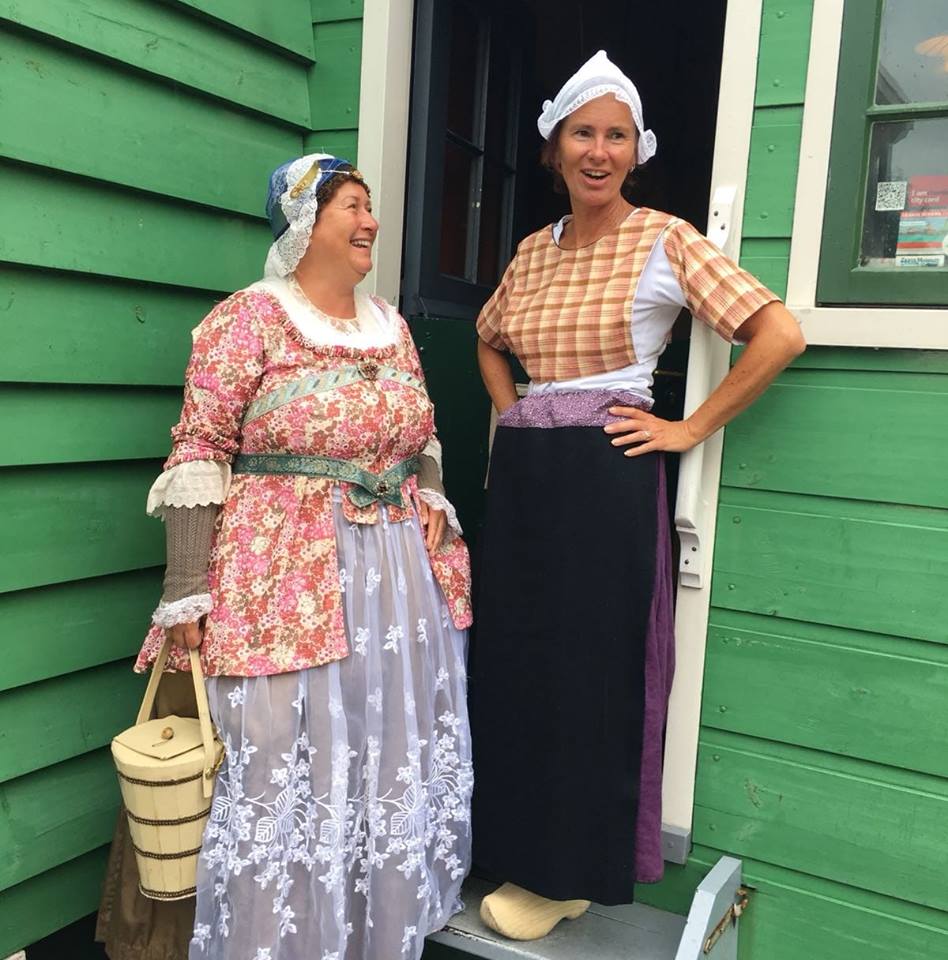 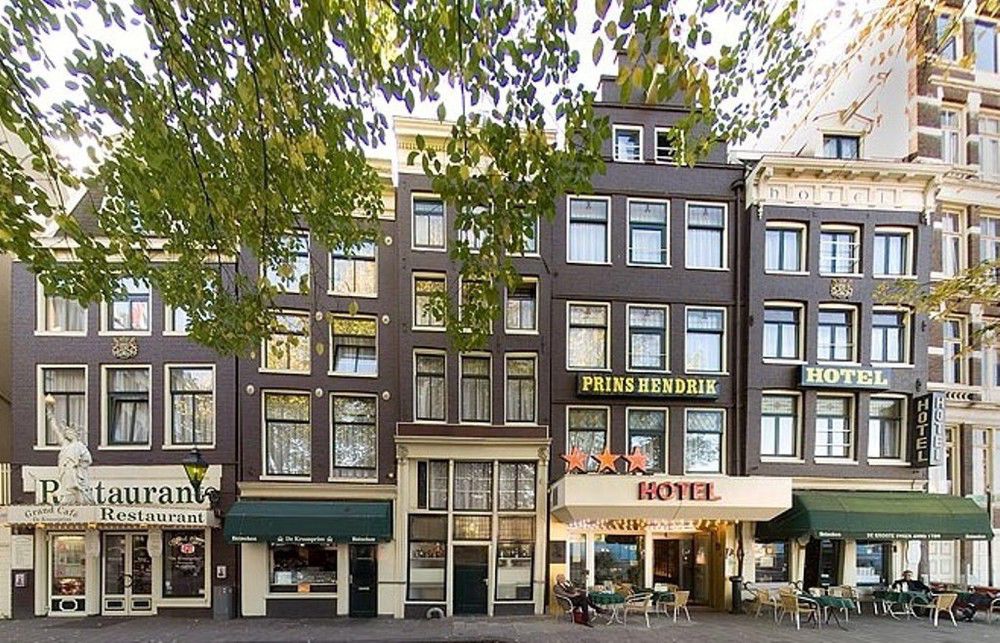 The 3-star hotel Prins Hendrik provides a bright accommodation and gives a quick access to Old Church, which is around 350 meters away. Prins Hendrik Hotel operates since 1500. The property is set 15 minutes’ walk from Anne Frank House. The venue is located within 10 minutes’ walk from Amsterdam center. This hotel is placed in Amsterdam City Centre district, known for a palace, a church and a theater. Prins Hendrik Hotel consists of 44 rooms where guests can enjoy complimentary Wi-Fi, a heating system, flat-screen TV, a work desk and IDD phone. Bathrooms are fitted with a bathtub, a shower and free toiletries.

THE Zaan Experience! Do you want to explore and experience the Zaan region in an interesting and fun way? Zaan Tours offers guided tours, excursions and private tours at Zaanse Schans, in Zaandam and in Amsterdam. Contact us about the possibilities. 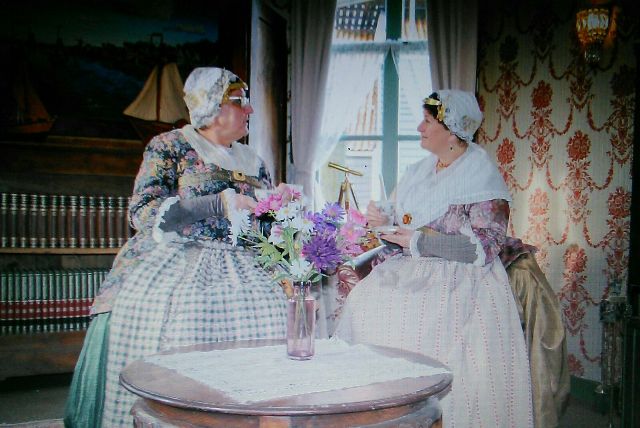 Clothing from that time

Cathysneedleworks specializes in making regional clothing and accessories. Clothing from that time will be worn at the Zaanse schans during guided tours and promotions. 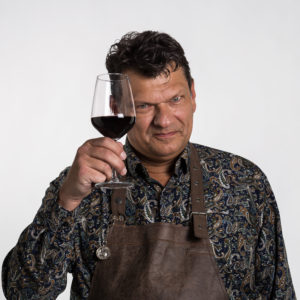 Interesting facts about tulips
When you think of the Netherlands, probably one of the first things that come to mind are clogs and tulips. After all, almost everyone is sure that tulips come from the Netherlands, right? But, wait a minute, is that true at all?! We would like to share these and other interesting facts about the tulips from the Netherlands with you!
Tulips are from the Netherlands! Don’t they?
Holland is famous for its wonderfully blooming tulip fields in spring, which attract an incredible number of tourists from all over the world every year. However, the tulip originally comes from the Ottoman Empire – today’s Turkey. It was widespread in the former Constantinople, now Istanbul, and a sign of the power and wealth of the trading city. Sultan Ahmed III of the Ottoman Empire gave tulip bulbs to all his important guests. Thus the tulip slowly spread to Europe and reached the Netherlands in 1578. The tulip quickly became a commercial product and was traded for incredibly high prices around the beginning of the 17th century. For a short time, it was even considered a kind of currency and could be exchanged for other goods.
The tulip, hardly to be surpassed in variety
The worldwide fascination of the tulip is mainly due to the fact that it is so incredibly versatile and makes spring even more beautiful and cheerful with its bright colours. The tulip is divided into many different varieties, which means that there is the right one for every garden lover:

Single Tulip
Single tulips have one row of petals. They are probably the best known type of tulip and are often found in bouquets. They are popular cut flowers because of their tall, sturdy stems.

Parrot Tulips
The parrot tulip is a variety of the single tulip. They grow comparatively large and have curled, almost feathered, petals in many different colours and shapes. Striped petals are often to be found.

Fringed tulip
The fringed tulip is a single tulip whose pedals have fringed edges. It usually flowers later in the spring than the usual single tulip and there are both single-coloured and multicoloured varieties.

Lily Flowered Tulip
The lily flowered tulip has pointed, single petals. This gives the flowers a much more open appearance than other tulip varieties and is reminiscent of the flower of a lily. The lily tulips have a slightly slimmer stem compared to the other varieties.

Planting Tulip bulbs
Spring flowering bulbs, such as tulips, are planted in autumn. The most important rule is that the tulip bulb should be in the ground before the first frost. This is because it will then have plenty of time to take root and prepare for flowering next spring. Don’t worry, you can hardly do anything wrong! With a few small rules of thumb, you can be sure that your spring garden will be wonderfully colourful next year. Plant the bulbs about 2-3 times as deep in the ground as they are tall. You should also leave about three times the size of the bulb distance as the planting distance of the individual bulbs.
Is it allowed to export flower bulbs?
It is not allowed to import flower bulbs to all countries. If you would like to have a typical Dutch souvenir for your home, you can order flower bulbs online directly from Holland. For example, in top quality directly from the growers at the Keukenhof’s main supplier QFBGardening.nl.

Some of our favorite pages

For many years Dirk Graas has been working as a painter with specialization “Zaanse landscapes”. Many of his paintings can be seen in De Mayor’s Mansion at the Zaanse Schans.

The Wooden Shoe Workshop was the first company to be set up at the Zaanse Schans. On 1 April 1974, Jaap and Ineke Kooijman decided to preserve the Dutch craft of clog-making for future generations to enjoy. The historical Zaanse Schans, an area of Dutch industrial heritage, was therefore the area of choice for their workshop.

The Zaan region is best explored from the water. On a boat across the Zaan you are first in front of the rich heritage on the banks. You see traditional mills turning and discover monumental warehouses and factory buildings with names like Batavia, Saigon and De Liefde. With every stop there is a story to discover. The Zaanferry is an official boat connection from Amsterdam Central to Zaandam Center, the Zaanse Schans and Wormerveer. Sail along quickly and economically and get out at the door of the Zaanse Schans. Hop on Hop off with the day ticket and combine your trips as you wish. View the sailing schedule and the current rates on www.zaanferry.com

From 1 April 2018 until October 31, 2018 You can sail again with our Cows Boot, an inspiring journey through the hinterland of Zaanse Schans. Sail must be booked no later than one day before the desired date. Reservations can be made by mail and / or telephone see the right menu. http://www.dekoeienboot.nl/

Sleep well at the zaanse schans

A stone’s throw away from Amsterdam The peaceful landscape of the peat meadows forms the decor for the ‘Zaanse Schans’. In just 10 ‘car’ minutes you can escape (or find) the hustle and bustle of the capital Amsterdam. The train takes you in 15 minutes. Have a great day in the big city, but feel the rest and calmness during the night. http://www.zaanseschansbedenbreakfast.nl/en

Traditional Quality
Henri Willig’s cheeses have been produced, packaged and delivered in-house since 1974. Our dedicated cheese makers use traditional cheese-making processes and the final product undergoes rigorous quality checks before it makes its way to the store. Henri Willig’s cheeses can also be bought at Henri Willig cheese farms, which are visited by over one million national and international tourists every year.

We’re well known both at home and abroad for over 50 years already. Anyone who visits de Zaanse Schans or participates in a boat tour on the Zaan, knows restaurant D’Swarte Walvis. Located amidst the Zaanse Schans in a monumental premise, it offers great opportunity for an enjoyable experience. All of this at just a 15 minute drive from the centre of Amsterdam.

the ‘Guy in the blue shirt’ will guide you over water past the unique Dutch landmarks of the Zaanse Schans. Every Saturday and Sunday between 10:00 and 17:30. (April 1th until the end of September) and good wheater conditions) https://www.varenrondzaandam.nl/index.php/en

Heroes in sight!
Discover the hero roles of our Zaanse windmills. Without these ‘Dutch heroes’ the Netherlands would not have had a Golden Age and VOC at all. Also curious about the true story? Therefore, sail with this unique heroic journey and get inspired and amazed by our Zaanse World Heritage. Get to know the secrets of the mills. Our heroes. Our heroes in sight …. Are you cruising along with us?